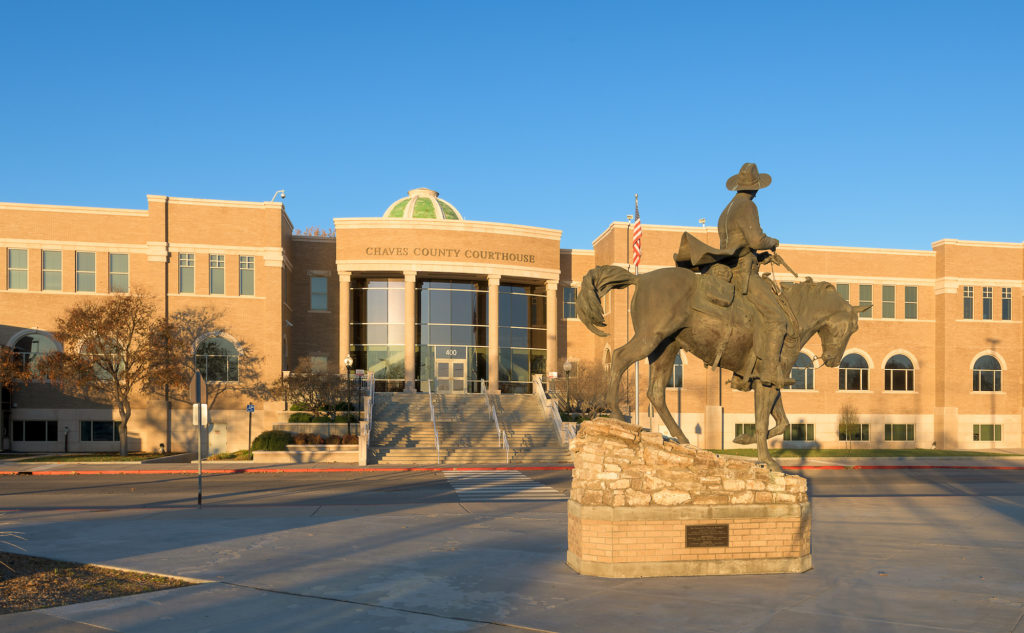 This month, we thought we would pay homage to one of our home towns here at New Mexico Ready Mix. While we provide sand, gravel, and aggregate throughout New Mexico and West Texas, Roswell has a special place in our hearts because of its quaint characteristics. We love this town!

We thought we’d revisit some interesting history about the place that is so often misunderstood. New Mexico is an interesting state; it’s quite small, its biggest city being Albuquerque with only about 560,000 people. So the state is actually made up of smaller towns and cities and a lot of open space that makes it quite the state for outdoor adventuring.

Unbeknownst to many—even many New Mexico residents—Roswell is quite the thriving city, as it has a lot of growing industry there including the oil industry. The first non-indigenous or Hispanic settlers of the area were a group of pioneers from Missouri. One of the biggest ranches in the country in 1865 was not far from the center of Roswell and belonged to a man named John Chisum who deemed it Jingle Bob Ranch.

A businessman from Omaha and his partner constructed two adobe buildings in 1869. These two little structures were to be the inception of the city, as they became the city’s general store and post office. The town’s name derives from Roswell Smith, a prominent lawyer back in Indiana. He was the father of Van C. Smith, the Omaha businessman that began building in the city and became the first postmaster.

Roswell in the 20th Century

In the 1930s, the aviator Charles Lindbergh and Harry Guggenheim were looking to find a location for some rocket science experiments conceived by Dr. Goddard.  Goddard remained for many years after this and was instrumental in the United States’ success in the space race. Those early experiments conducted in Roswell contributed greatly to the technology that spearheaded the race to the moon.

Many people might also be surprised to know that Roswell was home to a prisoner of war camp in World War II. It was located near Orchard Park. The German prisoners were put to work in some Roswell infrastructure projects. Some POWs used rocks to create a cross among the north bank. It was covered in concrete but uncovered not too long ago and the park became known as Iron Cross Park. It was soon named POW/MIA park and displays a piece of the Berlin Wall that was given to the city of Roswell by the U.S Air Force.

Roswell and the Unshakable UFO Story

Most people, however, know Roswell, New Mexico as a city where alien activity occurred. When it comes to UFO enthusiasts, few other stories have inspired such fascination and elation. The story begins not long after World War II, during 1947. It was in the middle of the Cold War and the US Air Army Air Forces sent out a press release that stated they had recovered a ‘flying disc.’ There is still some murkiness as to why that press release was sent and what the flying disc actually was. Part of the story begins with a farmer who found some wreckage on his property and brought it into the Sheriff, who took it to the head of the Army Air Force.  The next day the Army Air Force released a statement saying how it now had in its possession part of the wreckage of the flying disc. The confusion began when Army officials began to change their story several times, retracted the flying saucer comment, and stated that the material was from a weather balloon. In 1994, the US Army Air Force released a statement that the weather balloon story had been untrue. That statement said that the wreckage came from a spy vehicle that was, at that time, top secret.

The story is also sensationalized by accounts of witnesses saying that they saw alien bodies taken from the site, which were later explained as parachute dummies in a 1997 report.

Some of the theories now state that the U.S government merely saw the UFO story as a good cover story and didn’t realize the curiosity that it would draw to the event, so they tried to retract it. Others continue to believe that Roswell was, in fact, a site for an alien landing. To this day, much of the city’s identity and aesthetic relies on the curiosity of UFO lovers everywhere. You can walk or drive for more than a block in the city center without seeing some kind of alien representation or alien-themed restaurant, poster, or etc.

Today Roswell is a growing city with 47,635 people and plenty of year-round attractions for alien lovers and more. There is also the Spring River Park  and Zoo and growing industries like mining, quarrying, oil & gas extraction. Here at New Mexico Ready Mix, we have helped to rebuild this town by paving its streets and providing quality concrete mix to industries and individuals in the city. Are you looking to build in Roswell? Have a home improvement project on the horizon? Call New Mexico Ready Mix today.

« Your Sand Supplier: How Playgrounds and Play Sand Changed The Way We Learn
The Many Faces of Concrete and What Makes it Unique »